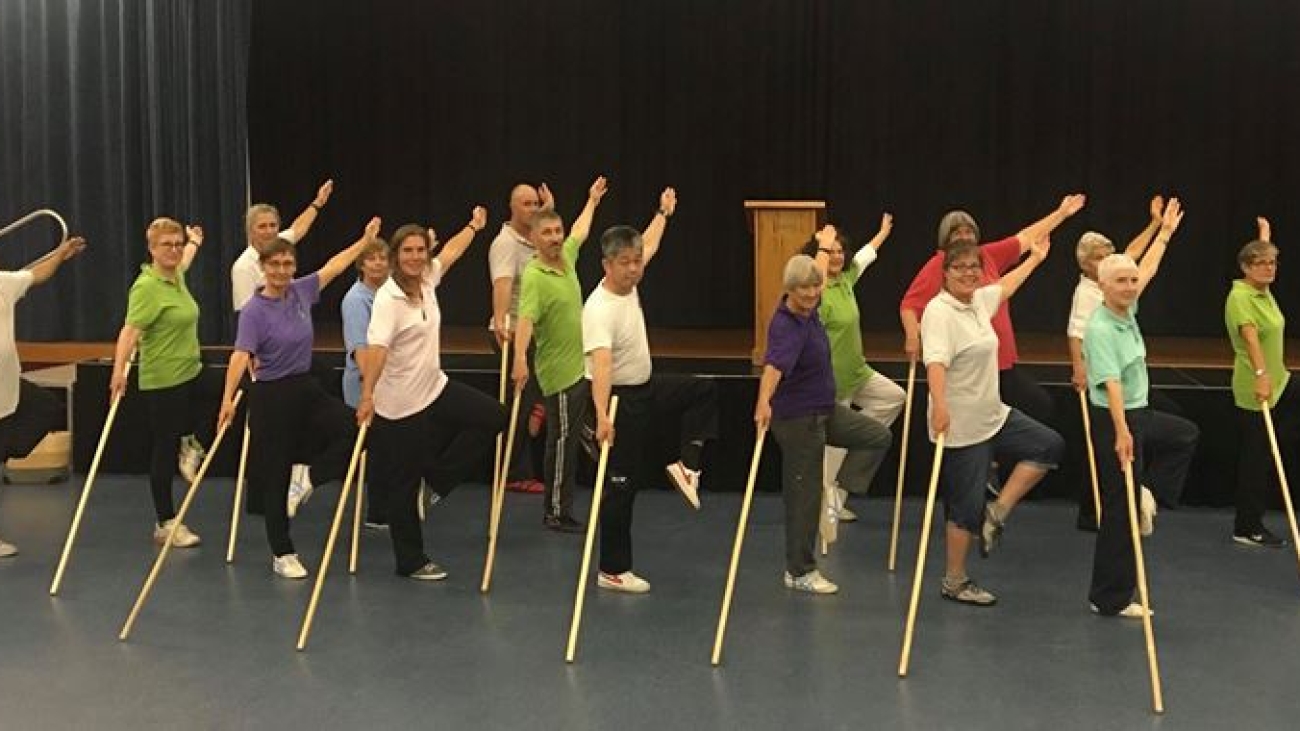 Students in New Zealand and Australia have had a veritable feast of new learning and polishing of older learning over an intensive two weeks – first in Brisbane then on the Kapiti Coast.  It’s great that students and teachers travel to support each country’s programme and to show hospitality both sides of the Tasman.

The New Zealand programme kicked off with the highly popular 13 Grab Stick – a North Shaolin / Chun Yuen form that is great fun to learn and practice.  In Brisbane we started learning a form new to us in the Chun Yuen syllabus, Miju Quan – quite a contrast to the weapons forms or even the more vigorous bare-fisted forms of Xing Shou and Dabei.  I really enjoyed it. Back in New Zealand more Hard Qigong training brought further clarity and then a day of the Dayan Qigong form of Plum Blossom Gong.  Instructor training on the Sunday featured testing in Wild Goose Qigong, Chen style Taijiquan and also Wing Chun. On Monday a group of Chen students were introduced to the skill of Pushing Hands, or Tui Shou and the two hours whizzed by. Polishing night was well attended and students much appreciated the polishing / reminding of new learning in 13 Grab Stick, Plum Blossom Gong – even Taiji Broadsword!

But these intensive work days are well balanced by copious eating and socialising in the evenings.  We had a wonderful ‘pizza party’ at Sifu Belinda Hadfields home one night, and a BBQ amazingly well provided for and organised by the Australian men at Old Hautere Rd the next night – a great relax after the stresses of Instructor training and testing.

Many many thanks to Sigong, Master Tse for the stimulating and patient teaching and to Sifu Belinda Hadfield who organised the New Zealand programme this year. All venues were on the Kapiti Coast for the first time and there was great spirit throughout. Now for the digesting and practising …. 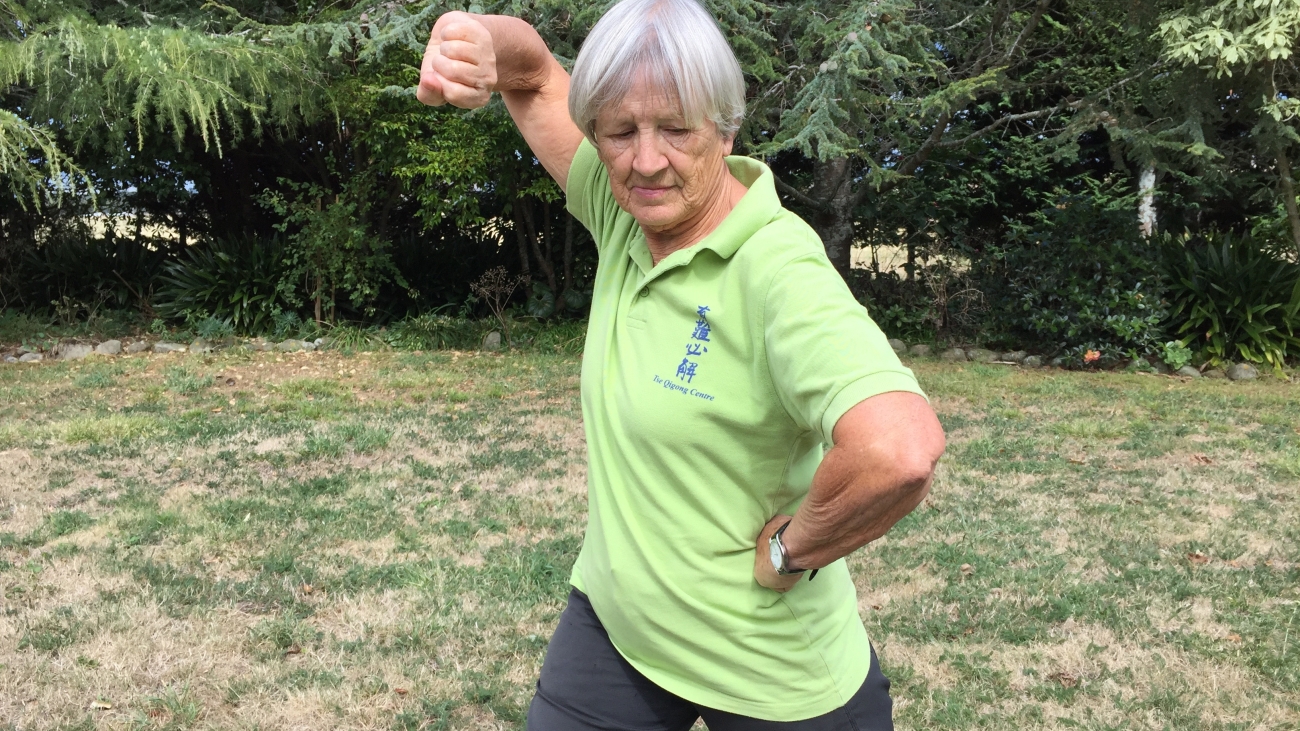 From Wednesday March 13 Sifu Shaw will be teaching Chen Style Taijiquan classes at Te Horo Hall from 7pm – 8pm.  Sifu Shaw has responded to strong local interest in establishing this class.  Dayan Qigong classes continue as advertised but this is a new class and is likely to attract beginner students – or students who have tried another style of Taijiquan in the past.

Chen style Taijiquan developed in Chen family village in the province of Henan during the Ming dynasty.  Founder Chen Wang Ting (b.1580) brought together elements of his family martial skill, Shaolin kung fu, Daoist philosophy and knowledge of Qigong and and traditional medical knowledge to create the forerunner of a powerful internal martial art.  Tradition tells us that Yang Style and others such as Wu style all came from the Chen family skill.

Chen style Taijiquan is distinguished from other styles by its lower stances and silk reeling / spiral energy to deflect attack and create powerful energies for defence and attack.  It includes several weapons forms as well as ‘bare fist’ long and short forms.

While Taijiquan features in Wushu competitions and includes some spectacular ‘fast and furious’ forms, most people practise for the health and stress releasing benefits it brings.  Improvements to balance, co-ordination, posture and greater flow of ‘qi’ cirulating through the body are all experienced if correct and regular practice are followed.  There is also a lot of fun learning together – and of course learning something new is very good for the brain!

Please leave a message on this site or text to 021 613 081 if you are interested in joining the class.